Whether you’re a complete beginner or a race enthusiast, there’s a place for everyone in NUSSC so don’t hesitate to come chat to us about getting involved. We’re one of the UK’s top race clubs, having won our fair share of competitions over the past few years. We hold training sessions every week at our local dryslope in Sunderland.

NUSSC competes in the following races throughout the year:

• BUDS: The British University Dryslope Championships are held in Edinburgh at the beginning of November. The trip to the Scottish capital will be an unforgettable weekend of racing and freestyle with over 1000 competitors and many more supporters. It's a great way to kick start your year at uni.

• KINGS dual slalom race series: The Kings races are a series of monthly regional events (our league races in Rossendale, near Manchester and sometimes Sunderland). These are an easy entrance to the racing and epitomise university skiing. Even if you are a new racer, these races are a fun, relaxed way to get started... complete with a fancy dress! We take mixed ski teams, ladies’ teams and board teams plus anyone who wants to come along and support - so there’s room for everyone. Winning teams receive mountains of ‘Champagne’ as well as progressing to the national finals, a head to head showdown with the top teams from other leagues. These finals are held at a dryslope in Gloucester alongside a club trip to Bristol.

• BUISC: The British University Indoor Snowsports Championships have a northern round followed by the final, in February which are both held at Xscape, Castleford with yet more racing, freestyle and drinking!

STAY IN THE LOOP 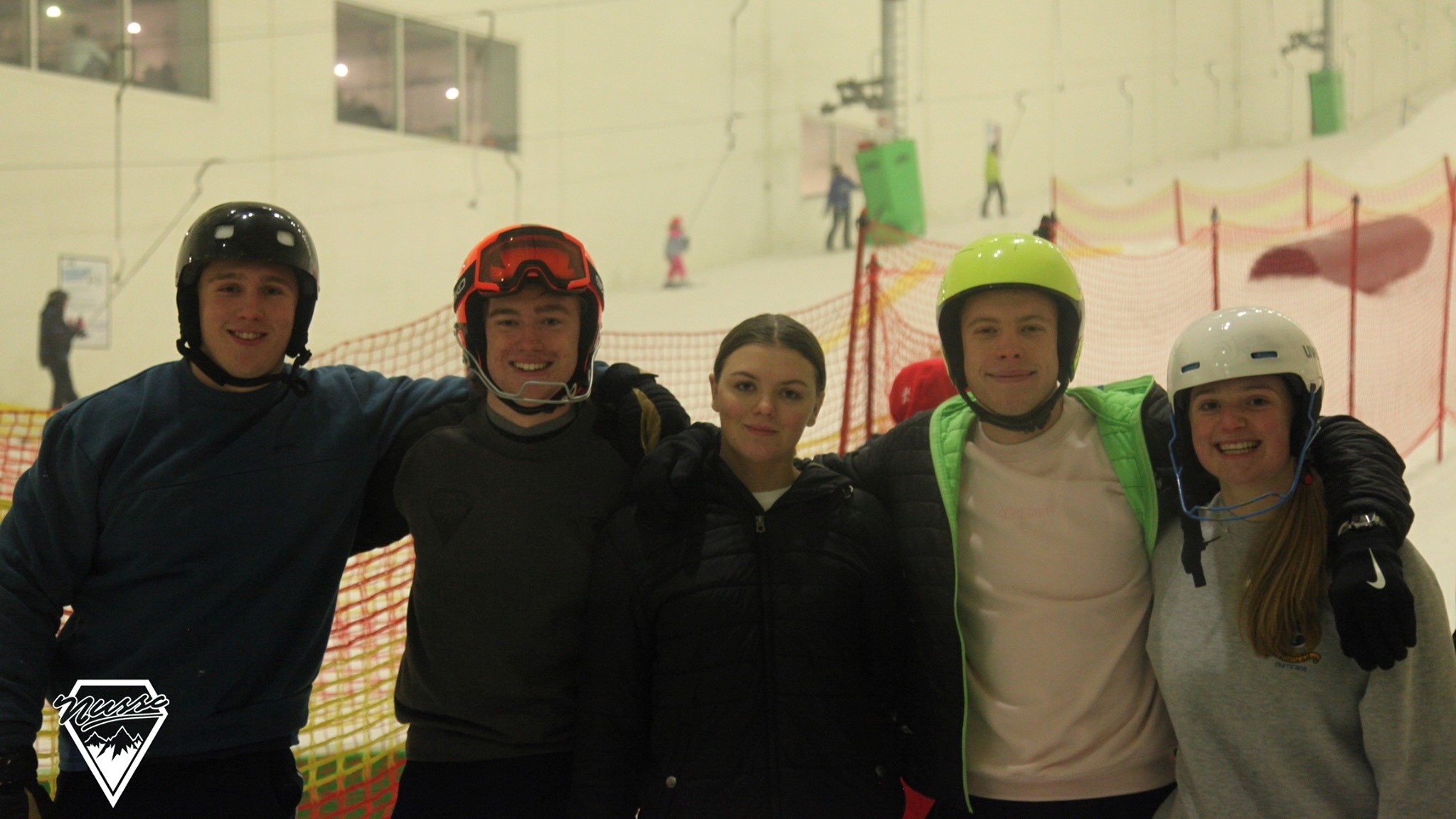 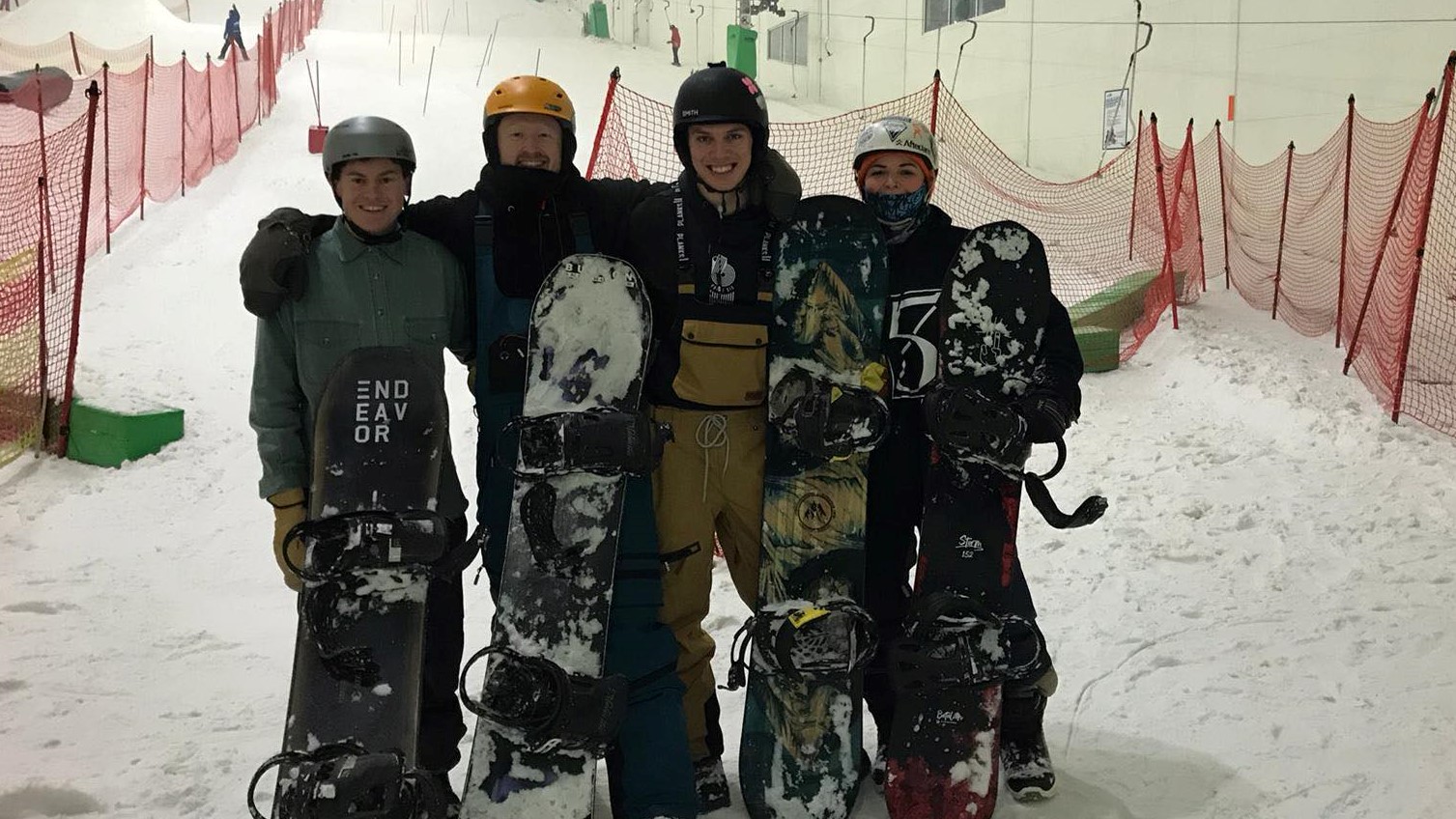 If you’d like to race for NUSSC, or just want to find out more about the competition side of the club, don’t hesitate to contact us: 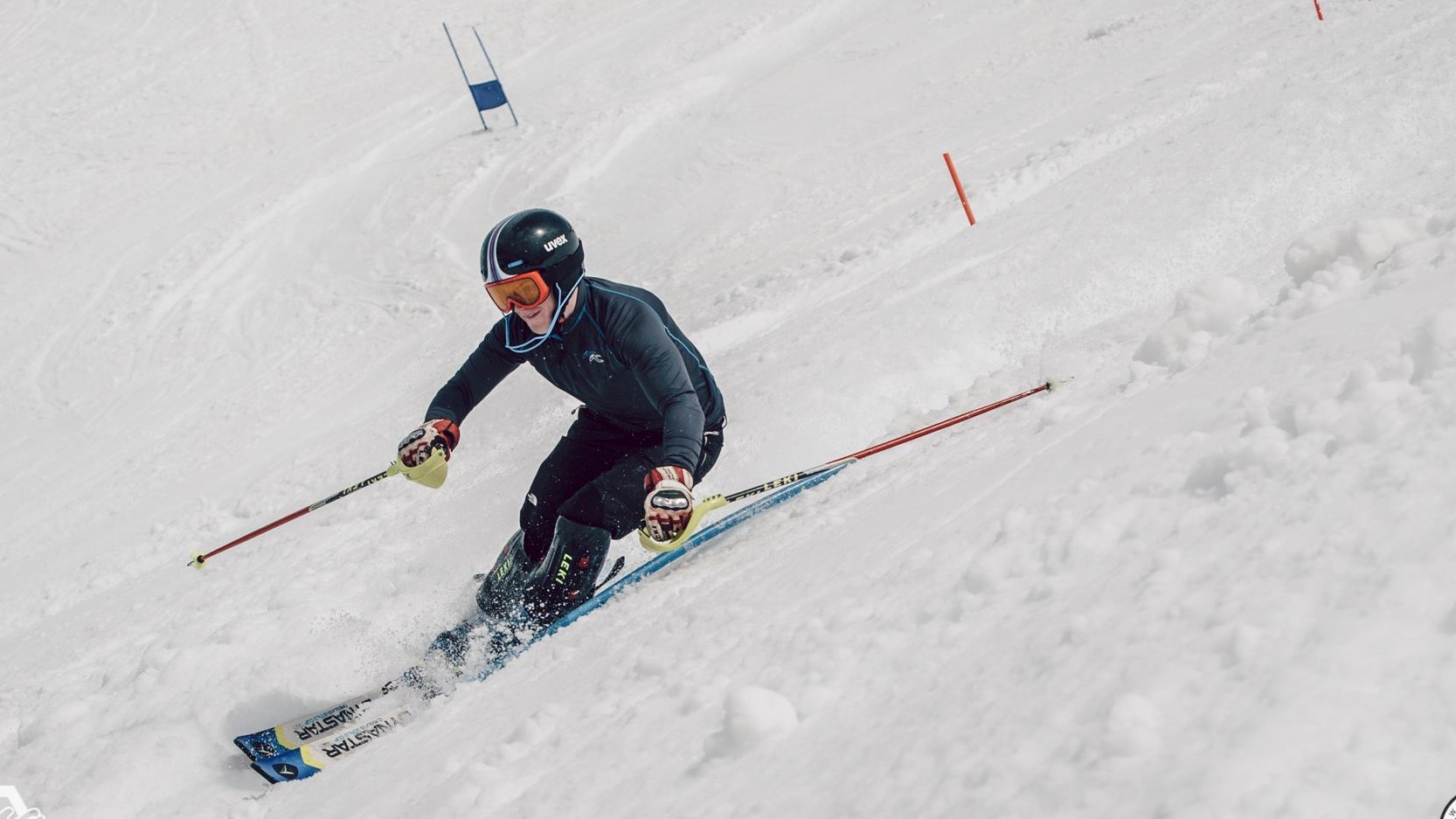 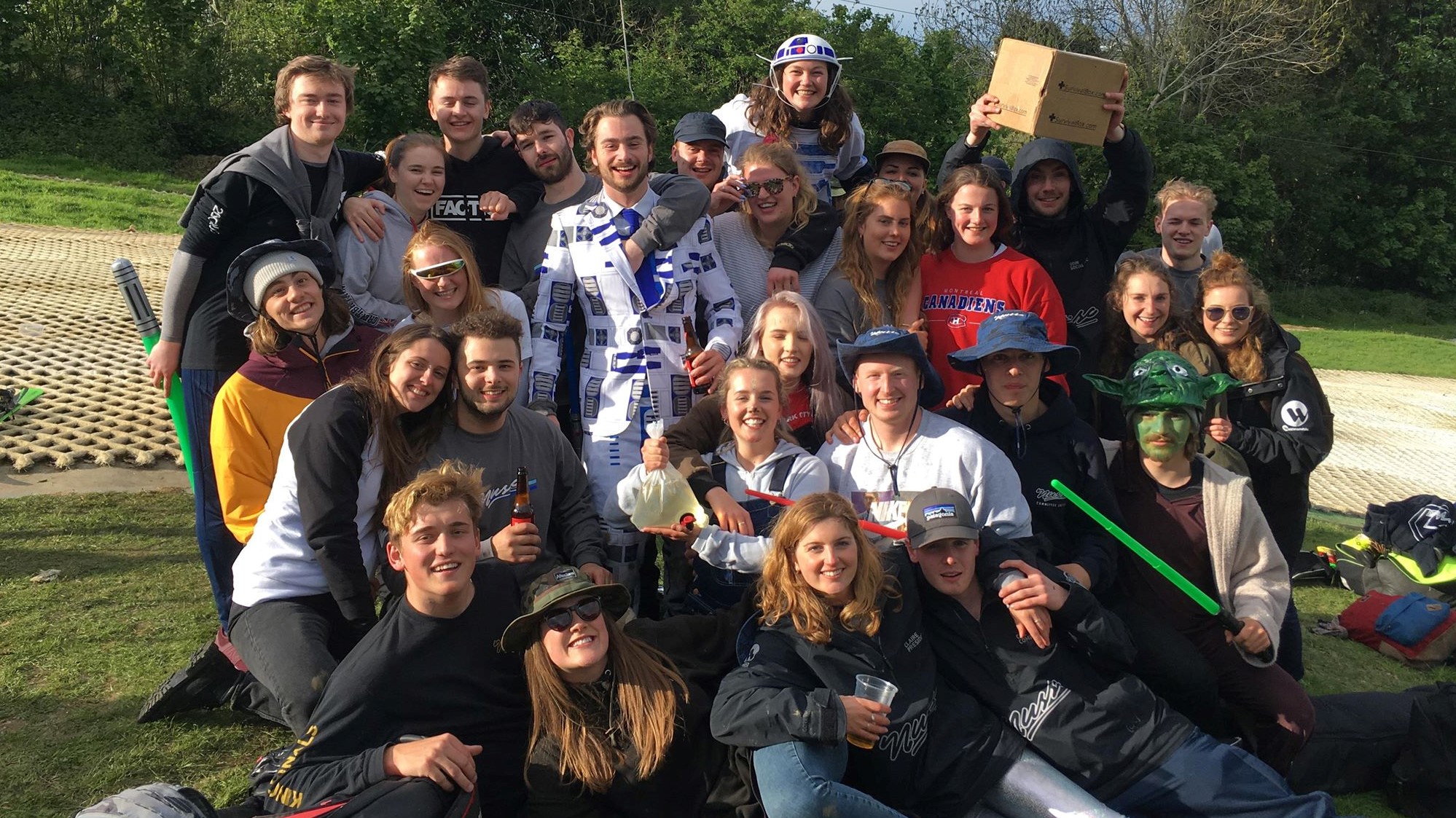